Big Sister went on her first solo sleepover to Grandma and Grandpa's house over in Yakima. See Grandma Sharon's post over on their blog.

They had driven over to our side of the mountains to watch Sis perform in her play "The Princess Plays". There were two acts - in the first she played one of the Princess Court, and One o'clock, and in the second she was one of the Royal Soldiers. Cute play, but not her favorite - it was a large cast, and most of the characters weren't particularly well-developed. Next year she plans to try a musical.

Here she is as a soldier... 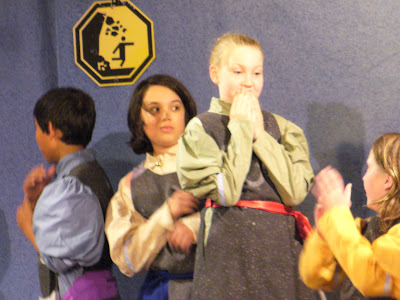 ...and here's one of both kids on the afternoon of her first performance: 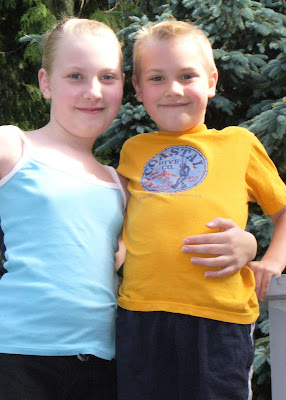