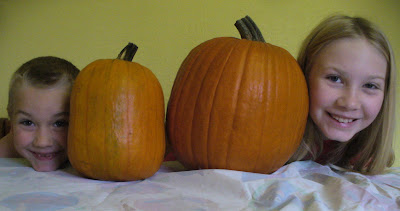 Pathetic, eh? Doing a single post for an entire month? It turns out that between homeschooling, driving kids all over, and too much time spent on Facebook, my little blog suffers. Here's what we've been up to... 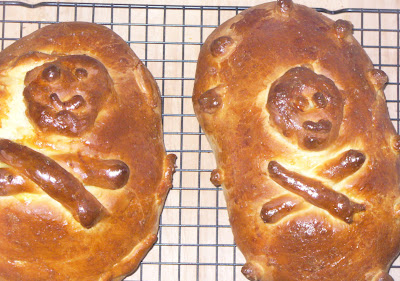 Big Sister's Spanish class had a Dia de los Muertos celebration, complete with sugar skulls, pan de muertos (I was able to make some that was dairy and soy free, for our friends with food allergies), and marigolds on display. They learned a lot and had a great time.

Little Brother's last day of first grade at public school was Friday, October 30. He had a Halloween party in class that day, which was a nice way to say good-bye. He also came home with a very nice, spiral bound book of pictures and notes that his classmates and teacher created for him. A nice momento from his time in Ms. P's class.

Lil'Bro' is continuing to participate in music with his class twice per week. I knew that homeschoolers in our state are allowed to access classes through their neighborhood school, but wasn't sure how much resistence I would run into. It ended up being no trouble at all, and the principal was very gracious about the whole thing. It's a really great music program, like nothing I could provide for him, and I was very happy that it fits into our already busy schedule. He would have preferred to continue with P.E., but the timing didn't work out. Maybe next year. 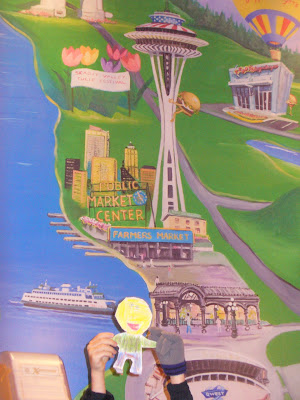 In November we hosted Flat Stanley, who came to us all the way from North Carolina (after stops in Texas and Missouri). I've always wanted to participate in a Flat Stanley project (Flat Stanley has his own wiki), so I jumped at the chance when it came up. Flat Stanley is the story of a boy who gets smashed flat when a bulletin board falls on him at school. He learns that a benefit of being flat is that he can travel all over the world for only the cost of a stamp. We took Flat on a fieldtrip with our homeschool group (to Petco - not very exciting), to dinner at Teddy's Burgers (where he had his picture taken in front of the wall mural), and to the Visitor Center at Microsoft (where he was photographed with the founders of Microsoft). He also got to experience some typical fall/winter weather while he was here. His next stop is Connecticut, and we wish him well. Before he left, Big Sister filled out a form that tells about the activities he participated in, as well as interesting facts about our area. It was a fun learning experience for all of us.

We're wrapping up a unit on Thanksgiving. I recently subscribed to Evan Moor's Teacher File Box through a group-buy at the Homeschool Buyer's Co-op, and I'm really enjoying it. I've always liked the Evan Moor Pocket Books, but found myself put off by the cost of purchasing each of the books, plus the time involved in taking the book to be photocopied. The reasonable cost for the subscription, plus the ease of printing at home makes it totally worth every cent. Some of the Pocket Book themes are a little on the young side for Big Sis, but we can beef things up a bit for her - she's just excited to finally be doing more of this crafty-type stuff.

We just completed Thanksgiving/Christmas number one with the grandparents over on the east side of the mountains this past weekend. It was a little early to breaking out the holiday cheer, but necessitated by the fact that the grandparents will be making their annual flight south to Mexico in less than a week. We won't see them again until summer, and were thankful to have the chance to see them one more time before they go. Thanksgiving number two will be celebrated with hubby's family, and we are looking forward to it.
Posted by Laura K. at 7:13 AM No comments: